Songs About People Including Myself

by The Bad Dreamers 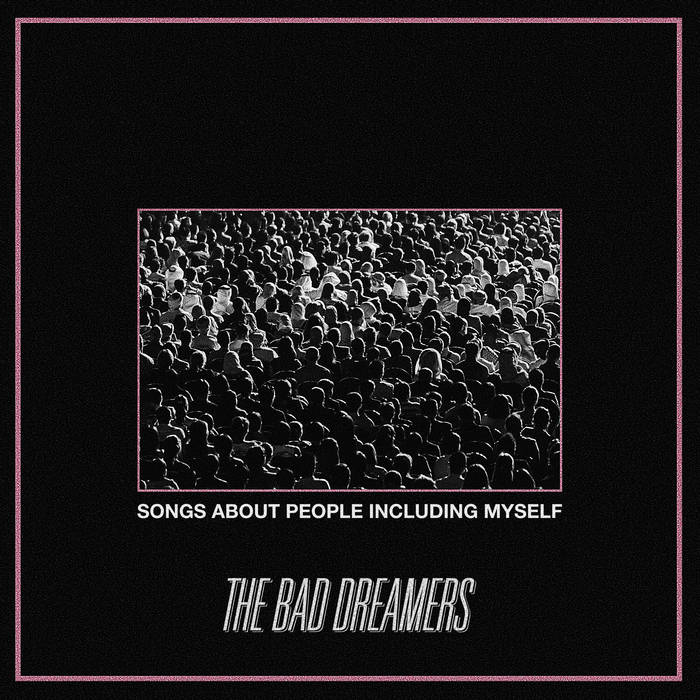 Nick "Who You Run To" is my favorite song, but that's not entirely fair because the entire album is brilliant. The lyrics this band turns into melodies, man -- the LYRICS! Not to mention how gosh darn catchy it all is. Love this album and look forward to the next one! Favorite track: Who You Run To.

captfalafel A fantastic album, really enjoying it. Stylish and refined.
Somewhere in this City has the synth/sax combo which Is like a match made in heaven. Also Part Time God another gem. Favorite track: Somewhere in This City.
more...

I Am Jack's Bandcamp

Songs About People Including Myself is the revolutionary album that redefined vocal-driven synthwave in 2018. Combining the retro nostalgia of synthwave with modern pop music, The Bad Dreamers delivers heartfelt vocal hooks and handsome synth melodies on radio-friendly jewels like "California Winter," "How to Disappear," and "Reach You." Far from a one-dimensional artist, The Bad Dreamers also reveals an affinity for industrial music on the somber "Part Time God" and the noir-ish narrative "Hit Me Harder." Subtle songwriting touches and impeccable production chops give every track an authenticity that reflects the artist’s background as an industry professional.


Find out why NewRetroWave listed The Bad Dreamers as the top newcomer of 2018 along with "Who You Run To" as the #1 song of 2018 and Iron Skullet named 'Songs About People Including Myself' the number one popwave album of the year (2018) on this uniquely compelling recording.

All Songs Written, Produced and Mixed by David Schuler
Published by 1mpression Music (ASCAP)
Mastered by The Gradwell House
*The Meaning of Life, Co-Written by Nikal Fieldz

The Bad Dreamers are a retro pop outfit from Los Angeles, CA.

Bandcamp Daily  your guide to the world of Bandcamp